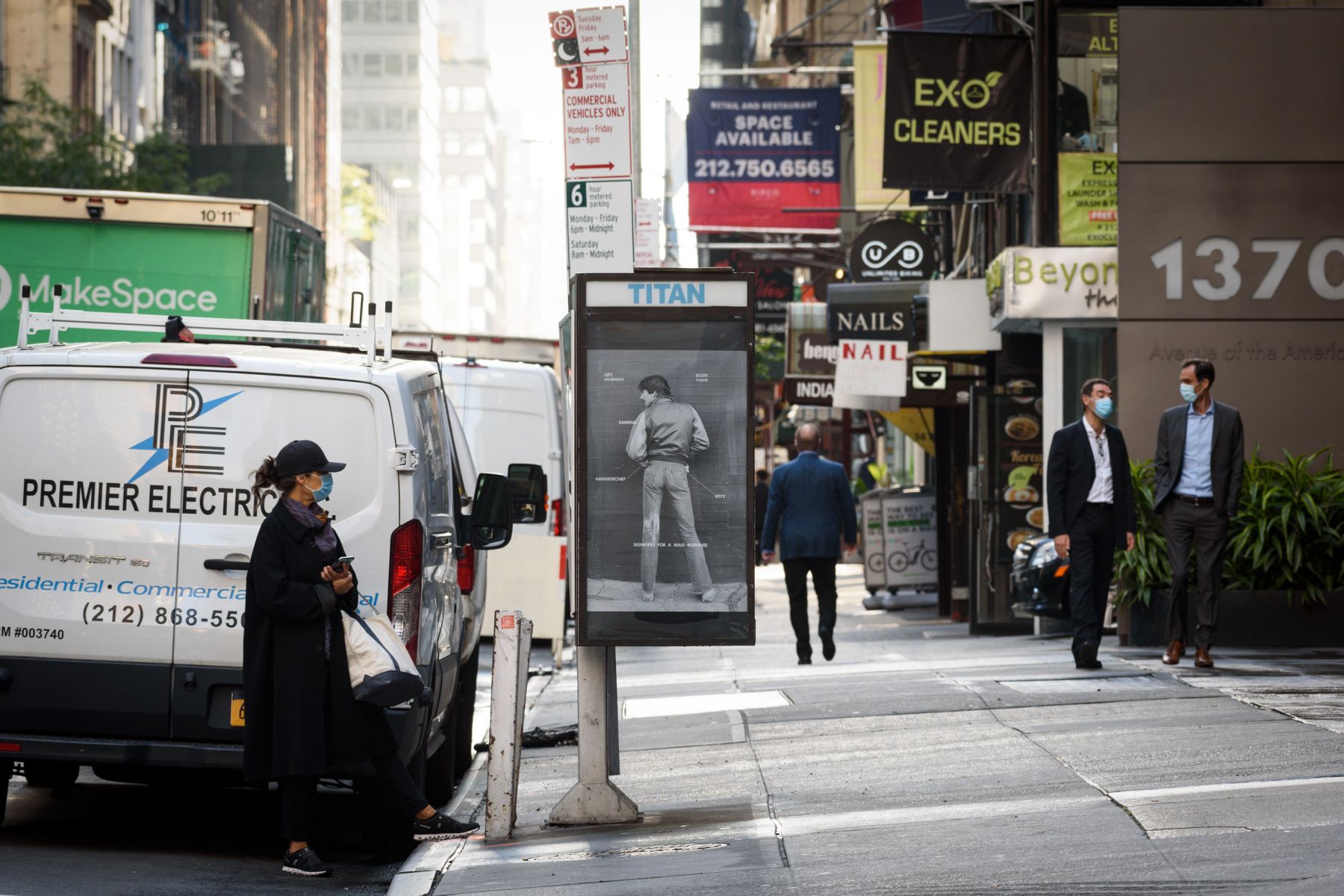 All works from the series Gay Semiotics, 1977

The gay semiotic, specifically the handkerchief signifier, was created in the leather community for practicality. Patrons of leather bars wanted to know who to cruise - they needed an identification system which would label men as passive or aggressive and also signify the type of sex act in which they wished to engage.

Like any other cultural group, gay people have developed a semiotics interred both for identification and/or invisibility within larger culture, as well as communication among themselves. As economic, political, and social level ops interaction fluctuate, the uses of the language will broaden and new, more evolved - overt as well as covert - terms will come into use. As the gay community is polarized on some issues and cohesive around others, the semiotic process which helps locate it in the larger culture will flourish with the interesting and undoubtedly provocative results.

Over a career spanning four decades, Hal Fischer (1950, Kansas City) has been an artist, art critic, and museum professional. Fischer’s work has been presented in solo and group exhibitions and is featured in both public and private collections. In the 1970s, his reviews and articles on photography regularly appeared in such journals as Artweek, Artforum, and Afterimage. The recipient of NEA fellowships in both photography and criticism, in 1977 Fischer gained nonprofit status for San Francisco Camerawork and assembled that organization’s first volunteer board. In 1984, Fischer embarked on a career as an independent museum consultant. His practice included key long-term client associations, most notably the Timken Museum of Art, where he served as director of exhibitions and publications from 1985 to 2007, and the Asian Art Museum of San Francisco, where he directed special projects, including major international loan exhibitions and interpretive planning for the Asian Art Museum’s Civic Center home.

With the inclusion of his photographs in Under the Big Black Sun: California Art, 1974-81 at the Museum of Contemporary Art, Los Angeles, Fischer’s work came back into public view. Exhibitions of the Gay Semiotics series and a reprint of the 1978 monograph have renewed interest in his art and generated numerous articles, published interviews, and reviews. Hal Fischer: The Gay Seventies, published by Gallery 16 Editions, will be available in fall 2019.