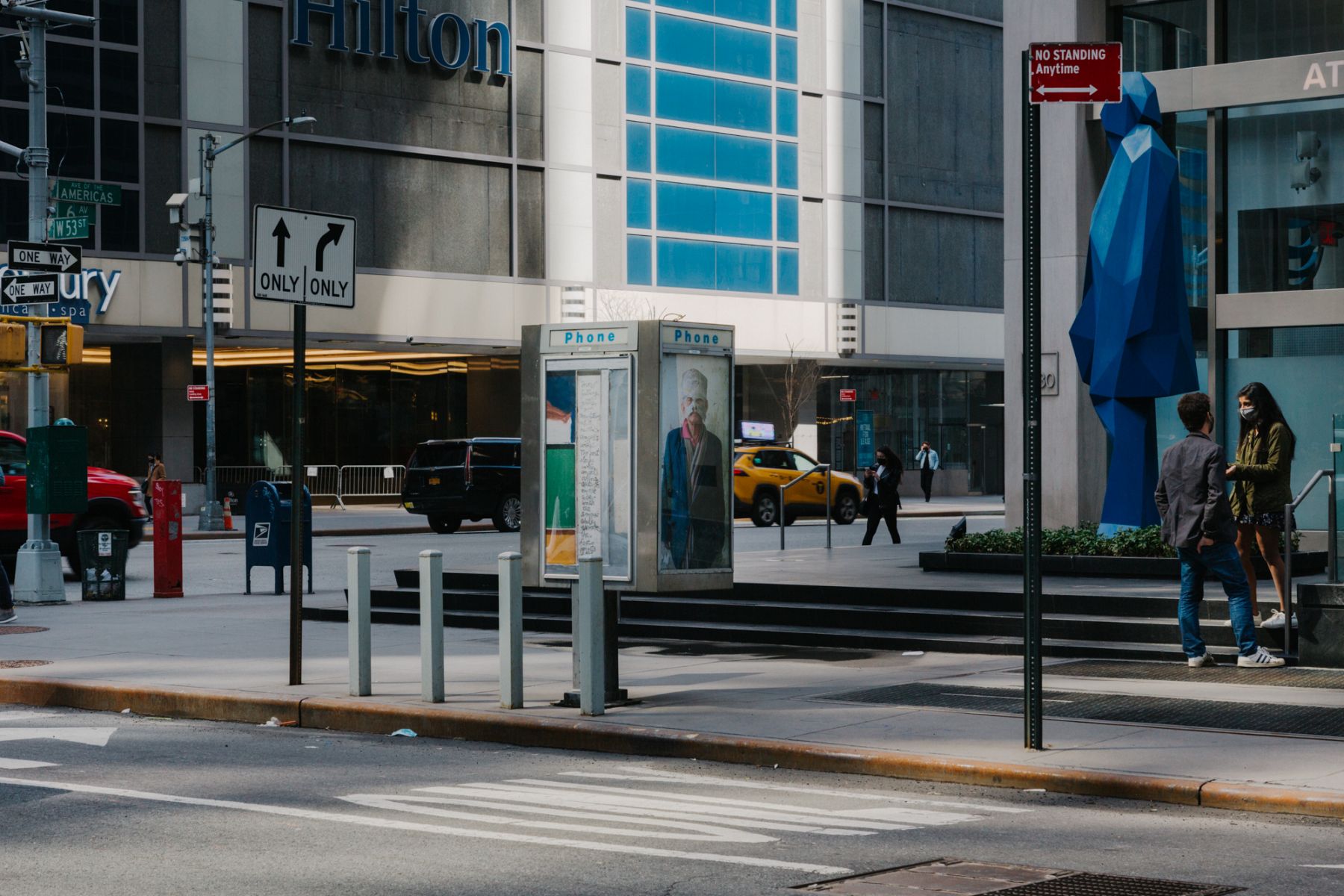 In March 1989, David Medalla chartered a helicopter over Manhattan. Flying above Broadway, Medalla threw tulips from the helicopter’s wings, raining flowers onto the streets below. Hours earlier, Medalla had prepared for his flight by laying out sheets of white paper on the sidewalk, covering a small section in Lincoln Center. As the flowers miraculously fell from the sky, passerby trampled the fallen tulips on the paper trail, grinding their petals into dust, marking the sheets of paper with their footprints. Medalla later returned to the site, collecting the marked sheets. The kinetic trace of this “impromptu,” a random act of liberty and imaginative beauty, for which Medalla would later become known, was titled Manhattan Footprints, paper found on the street at the Lincoln Center, New York, 1989. Six years later, Guy Brett would choose this work as the front papers for his seminal monograph: Exploding Galaxies: The Art of David Medalla, where he chronicled David’s decades in New York City. As per Brett’s chapters, David first traveled to New York City as a boy wonder, attending Columbia University at 16 years old. He later returned in the late 1980s, writing a weekly newspaper column, giving a series of lectures at MoMA and Cooper Union, and living at the George Washington Hotel, with his partner, the Australian artist Adam Nankervis. There in his room, David painted by night, unrolling canvases piece by piece, creating vast murals, tableaus and material collages, of allegorical symphonies, Orpheus, and poets, ever inspired by Walt Whitman and Piet Mondrian. One such work from this time, is an assemblage wooden panel divided in the middle. One half is painted in the gridded colors of Mondrian, the other in Warholian silver, covered again by footprints. In the upper left hand corner, is a small cameo of two men, reclining on a white cloud, in a lover’s embrace. In the center panel, connecting both sides, is a poem, scrawled by David into the surface. It reads:

Snow
falling
gently
over
Manhattan,
white
as the
angel’s
wings.
The poet
sleeps in the
angel’s
arms.
Outside
on the
side-
walk
the
snow
obli-
terates
the
foot-
prints
of the
angels.

MIRAGES is composed of three works by David Medalla, with words by Guy Brett, for TITAN on West 53rd Street and Sixth Avenue, New York City. This project is presented in loving memory of David Medalla (1942–2020) and Guy Brett (1942– 2021). David Medalla is represented courtesy of Another Vacant Space, Berlin; and kurimanzutto, Mexico City / New York. We extend our warm gratitude, to Adam Nankervis, Daniel Kupferberg and Elmar Kaiser for their collaboration in this project.